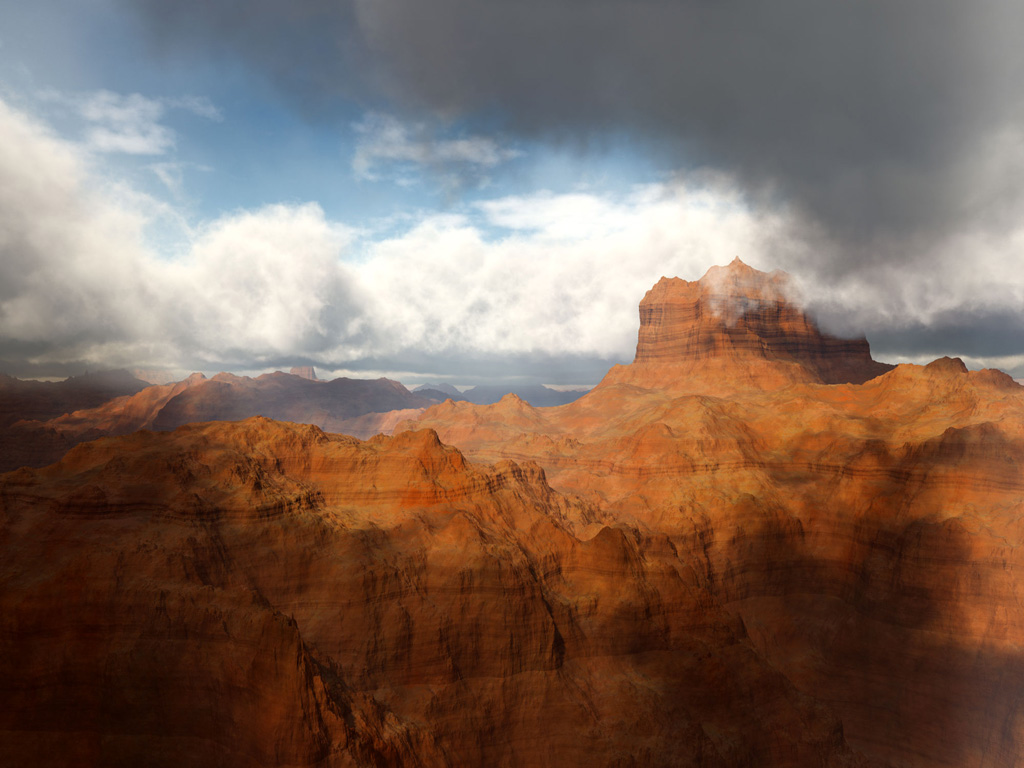 From that planet, two full 360* panoramas were rendered.

In small steps, then assembled with the Zoner panorama builder. You can enjoy those individual shots here.

Click the thumbnail above, then move your mouse (right to left) to scroll through the panorama. Although the view is full 360* lookaround, the viewer will stop at the end, unfortunately.
The other panorama scene can be found here.

This site uses Akismet to reduce spam. Learn how your comment data is processed.